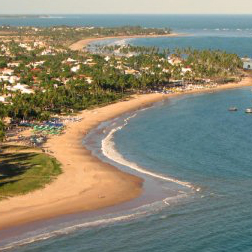 Our native speaker qualified Portuguese language teachers can train you at your office or home at a time to suit you.

Classes can be any day of the week (even weekends) in the morning, afternoon or evening. In certain circumstances, if your home or office is not suitable, you can take your classes at the trainer's office. All course materials are provided.

On average, bilingual pay differentials range between 5 and 20% per hour more than the position's base rate.

70% of job recruiters view bilingualism as an extremely impressive quality in job candidates.
WHY people learn PORTUGUESE?
1.
Work abroad in Portuguese-speaking countries
2.
Travel and personal interest in cultures in Portuguese-speaking countries
3.
Personal reasons (communicating with friends or family abroad)
NUMBER of SPEAKERS
Native
215
Million
Non-Native
240
Million
No. of Immigrants
in CAMAÇARI
0,1%
of population 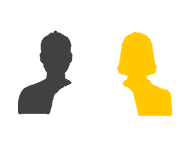 1-on-1 General Portuguese Course in Camaçari

1-on-1 Business Portuguese Course in Camaçari

Those who need to improve their Portuguese for business use will gain a great advantage from attending a one-on-one Portuguese courses in Camaçari. Courses generally start off with established business greetings and protocol, before moving onto more specific topics including writing and reading; depending on the learner's individual needs. Once the beginner level course is over, students should be fairly proficient in working with the telephone or email in Portuguese; along with survival Portuguese which will get most businessmen and women through a short visit to any Portuguese speaking country.

To teach languages for Language Trainers,

Let us know why you need to learn Portuguese and include the time and location that best suit you.

Review our quote and, if you are happy with it, receive our invoice and Agreement form.

Sign our Agreement form and submit a deposit* for the course.

Receive confirmation from our team with your Portuguese tutor’s details.

Throughout your Portuguese course, the Language Trainers Academic Team will be on hand to help you with any queries.
Click to find out more.
After the first lesson or two, our team will contact you to ensure you are happy with your trainer. If necessary, we will change the focus of the course to better suit your needs.
After finishing your course, we will send you a course attendance and completion certificate..
Our team will provide you with follow-up learning opportunities, including: self study material, language courses in Portuguese-speaking countries, and more advanced courses with Language Trainers.
*Deposit payable by check, credit card, wire transfer, or PayPal. Your quote will include the number of classes and cost. A typical course lasts 30 hours per level, with classes of 2 hours each (1 hour each for Skype classes).

See some of the testimonials we have received from our clients.

”I was really happy with the overall experience. Aline was an amazing teacher and I made so much progress with her. Thank you so much!”

Would you like to know more about our courses or book now?
Fill out this short form and we will answer within 1 business day!

And a few more details please...

We can send you a more accurate course proposal if you give us some more information.

Thanks for your inquiry!

Before you commit to one of our ONLINE courses, we offer a 30-min introductory session. This is an opportunity to get to know your tutor, talk about your language goals and the specifics of your private language program. Please enter your details below and we will get in touch with you shortly.

Thanks for your inquiry!